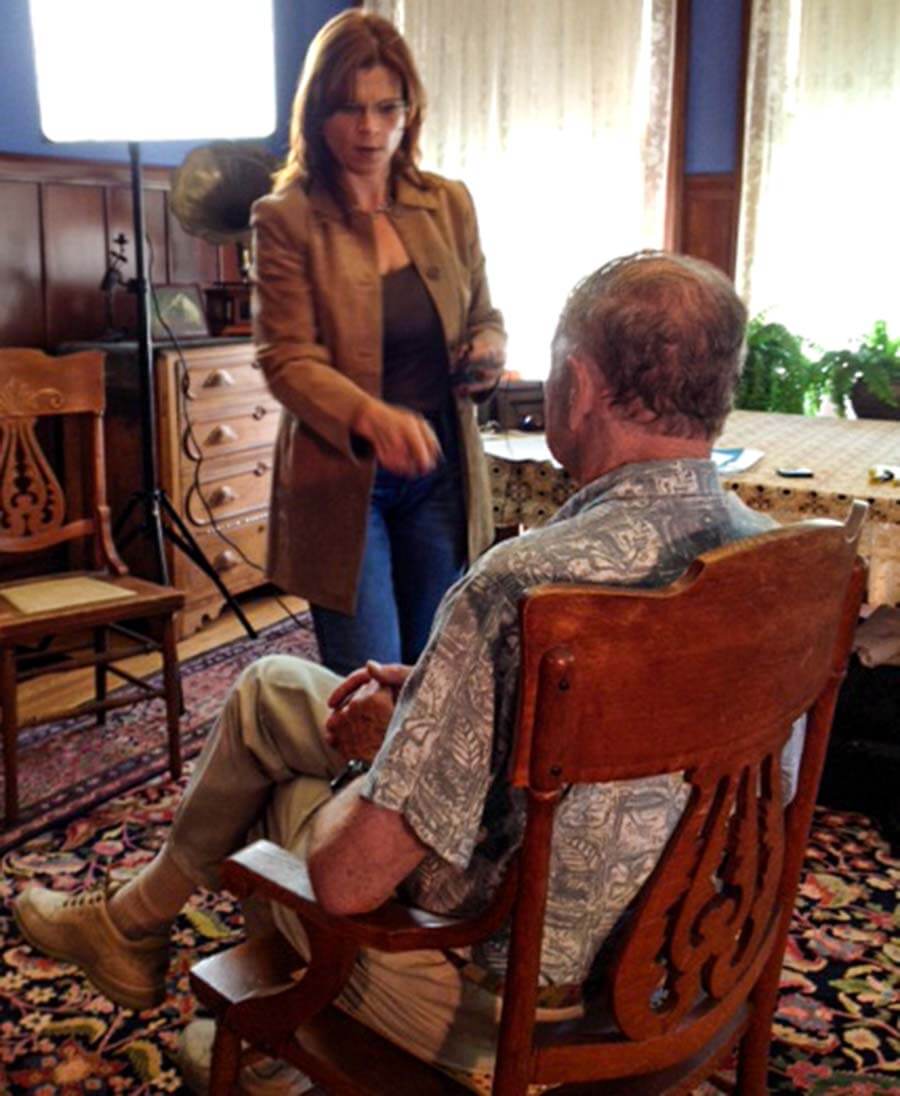 Orignally Published in The Walnut Creek Journal on August 8, 2014

WALNUT CREEK, CA — Fifty years from now, when this city celebrates its 150th anniversary, no one will need to interview today’s young people about what it was like to grow up in Walnut Creek. Their bazillions of Facebook posts, Tweets, Instagram pics and Vine videos will tell everyone more than they want to know. But for people who grew up and lived in Walnut Creek over the previous decades, there was no social media that lives forever on the Internet.

That’s why to help commemorate Walnut Creek’s 100th anniversary, the Walnut Creek Historical Society commissioned professional videographer April Bell to film interviews with longtime Walnut Creek residents and capture their memories for posterity for an oral history project. “Since 2012, we’ve interviewed 18 people. We will be interviewing 10 more longtime or past Walnut Creek residents in September,” said Bell, a Walnut Creek townie herself. “We’ve interviewed people from all walks of life, from civic leaders, longtime business owners to regular people who remember what it was like growing up in Walnut Creek when it was a town where everyone knew who you were and what you were up to.” According to Bell, five edited videos have been posted on the WCHS website (under the “History” tab) for the community to enjoy and learn about the town’s past. All interviews are archived via on DVD for viewing in the WCHS History Room. Each interviewee received a keepsake DVD of their personal interview to share with friends and family, and the videos have been transcribed and laid out into a printed book for the historical society archives.

Although each subject was interviewed for 45 minutes, many of the videos posted on the historical society’s website are edited clips of one to three minutes. These highlight a specific aspect of Walnut Creek history as recollected by the interviewee. One of the most moving is a remembrance of Walnut Creek townspeople stopping whatever they were doing to cheer on truckloads of troops on their way to World War II from Camp Stoneman in Pittsburg. “The trucks loaded with men came through Walnut Creek,” recalls lifelong resident Jo Ann Hanna, owner of JoAnn’s dress shop, in a two-minute clip. “I don’t know how we knew but we would close the stores and all go out into the street to cheer, throw them kisses and wave them goodbye. It was heartbreaking. And yet it was just something that was part of our daily lives.” Another poignant note is the fact that several of those interviewed have since died. Primo Facchini, a longtime Walnut Creek civic booster and supporter of the Walnut Creek Historical Society, died recently; his interview can be seen on the WCHS website.

The project was not as fortunate with Audrey Veregge. A WCHS member who along with Sheila Rogstad and Judie Hockel initiated the oral history project, she developed laryngitis on the day she was scheduled to be interviewed. She died shortly thereafter of cancer. Bell, who graduated from Las Lomas High School in 1986, has seen a lot of changes in Walnut Creek, even over her lifetime. That imbued her with a sense of urgency about capturing her hometown’s history. “Walnut Creek is so progressive that its history is easily lost,” notes Bell, who has her own company, Tree of Life Legacies, that helps people create their life histories on video. Bell and the Historical Society currently are looking for more interviewees. Are you or is someone you know a longtime Walnut Creek resident who is a good storyteller? If so, call the WCHS office at 925-935-7871 and leave a message with your name, phone number and the name of whomever you suggest. A volunteer will contact you. Bell encourages people to get interviewed. “A lot of people say I will do it later. Do it now. Tomorrow isn’t promised. You don’t have to be old. It’s OK to be interviewed while you are still young.”

Get Updated When a New Story Posts

Tips, tricks, creative ways to share your own stories; that's what's shared here. I post no more than twice a month. Your inbox wont become cluttered by me.

Join me! I'd love for us to stay connected through legacy storytelling.

Join me in engaging retreat experiences to discover your legacy stories, one paragraph at a time. Learn more about My Life in Paragraphs.

“My Life in Paragraphs” Card Deck 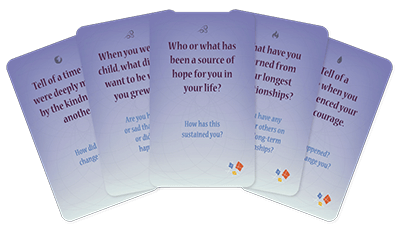 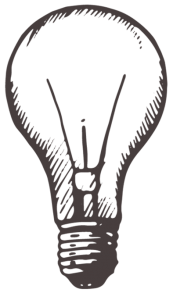 This legacy story card deck is designed to accompany the “My LIfe in Paragraphs” course, and was created by me, April Bell. The cards may also serve as stand-alone prompts to spark stories that have brought meaning, learning, and purpose to you life.  Get your cards now. 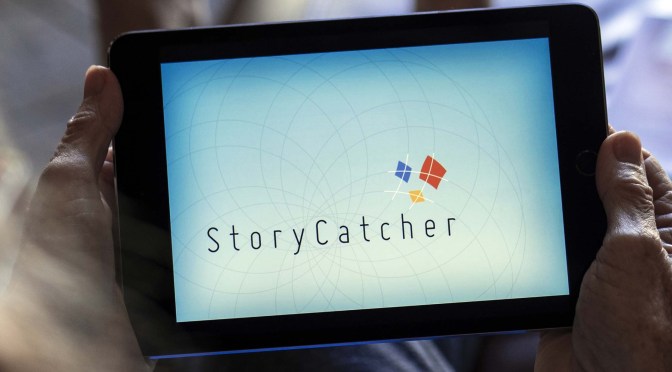 Get StoryCatcher® on The Apple App Store

Easily create and share personal video stories. Your privacy is number one – once you download the app, you have 100% control over your media and data. My business partner, Urs Brauchli, and I started our co-creation of this app in 2011 to help people like you share more stories.